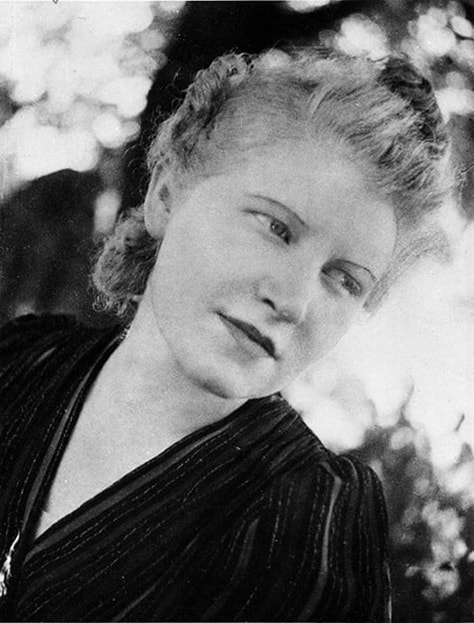 EDITH HELEN LEIGH née KERN 1914 — 1972.
Edith Helen Kern was born in Czernowitz, the daughter of secular Jewish professionals. Czernowitz at that time was the furthermost important city of the Austro-Hungarian Empire and was known as ‘little Vienna of the East’. Today, after several changes of nationality and a turbulent history, it is in western Ukraine.
Edith studied music and piano at the University of Vienna from 1931 to 1937 and obtained a doctorate for her thesis The Use of Ecclesiastical Modes in the Piano Music of the Romantics with Particular reference to Brahms.
In 1937 she moved to Paris to study at the École Normale de Musique with Alfred Cortot and Yvonne Lefébure, where she developed her life-long love of the music of the French Impressionists.
The fall of France in 1940 forced her to interrupt her studies there. Fleeing to Switzerland, she spent the remainder of the Second World War as a refugee in that country. During this period, she succeeded in passing the Concert Diploma from the Conservatoire of Music in Berne.
In 1945 she came to London to marry Ralph Alexander Leigh. They moved to Edinburgh soon afterwards, where he had obtained a post at the University. Edith broadcast on the BBC Third Programme in Scotland during the late 1940s and early 1950s.
Edith spent the last two decades of her life in Cambridge with her family. She became deeply interested in 17th century English keyboard music and transcribed and performed several pieces from the original manuscripts in the Fitzwilliam Museum.
Whilst much of her time was spent teaching private pupils at home and at the French Lycée in London, she continued to perform in public and particularly enjoyed returning to Switzerland to give many lecture - recitals.
After her premature death at the age of 58, her husband inaugurated a piano competition in her memory which takes place every year in Trinity College Chapel.
Edith made many recordings for her own use in the 1960s and early 1970s whilst preparing for concerts. Sadly, by the time these came to light, nearly forty years later, the quality of many of these had deteriorated beyond rescue.
Listen to Edith play Scarlatti's Sonata in G major Kirkpatrick 14. Presto